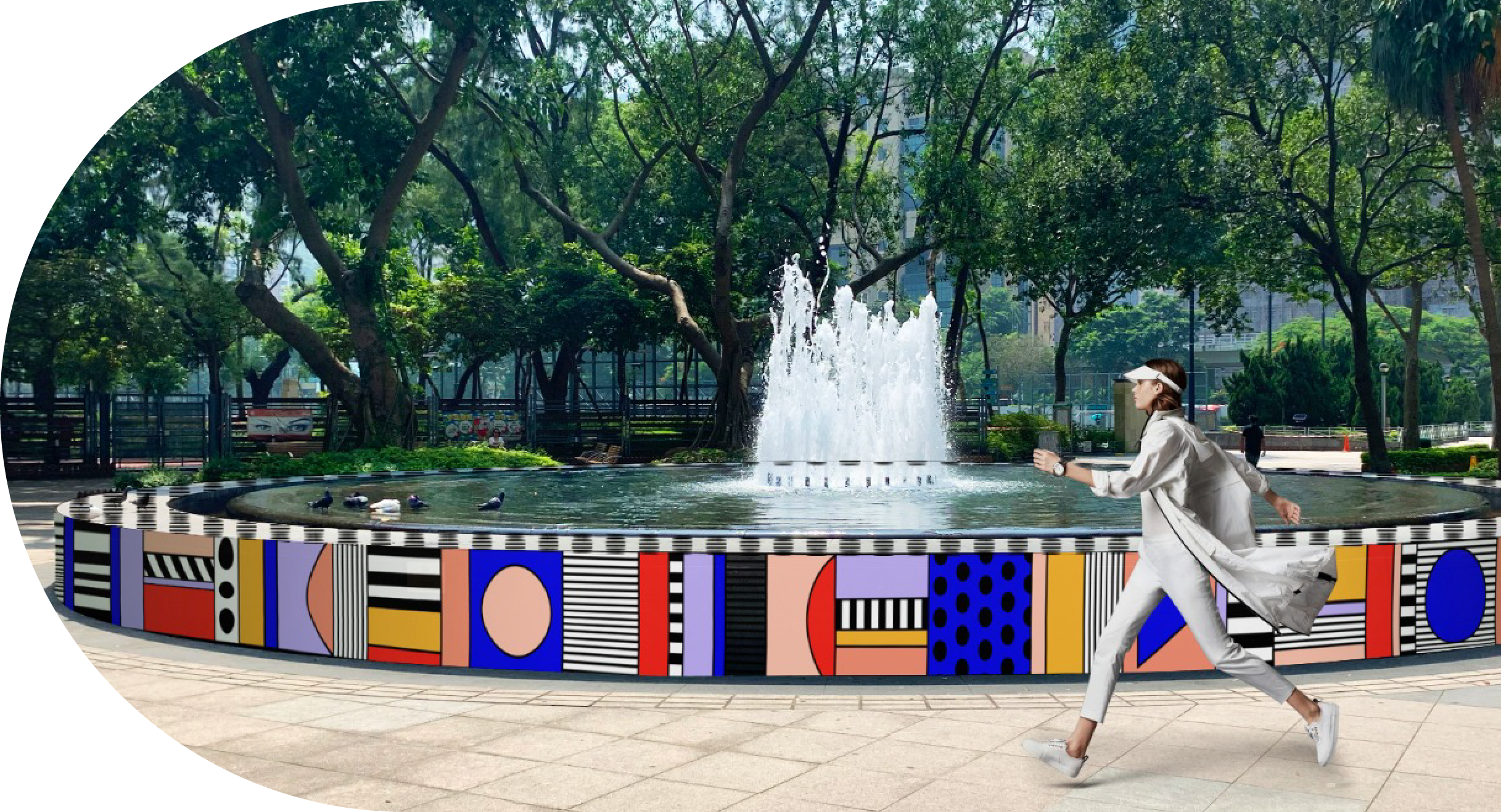 Governments worldwide are in the quest for the best strategy to transform their cities, large and small, into creative cities. “Cultural resources are the raw materials and assets to get the process of creative city-making going.” Creative city guru Charles Landry advocates tapping into a place’s cultural resources and heritage in its way of becoming a creative city. On the other hand, some cities have been drawn to the Bilbao effect and imported world-class architectures and museums to boost tourism and catalyse urban revitalisation.

Instead of debating which placemaking model is better, what creative cities need is perhaps a mix of strategies. Keeping up the momentum of the 2019/20 theme ‘Pop! Get inspired at every turn’ Design District Hong Kong (#ddHK) is employing a range of placemaking strategies in coming January to spread local creative energy to Causeway Bay, the east part of the Wan Chai District. It is launching two sets of work to transform Causeway Bay, Hong Kong’s pop culture seedbed, into a district-wide play space. Trams, a transport that carries Hongkongers’ collective memory, will be leading us to rove around the city. It will also take us to the urban refuge Victoria Park to explore the ‘London mansion’ created by the joint efforts of British and Hong Kong creatives.

Cultural heritage goes beyond buildings. It can even be intangible, as long as it demonstrates the distinct identity of a place. Hong Kong comics, which enjoyed the same popularity as Japanese and American manga in the 80s, is a good example. Local comic artists created countless household-name characters such as Old Master Q, Cowboy, Miss 13 Dots, Agent K, Din Dong, etc. They told the stories of our everyday life, reflecting Hong Kong’s popular culture and zeitgeist at different periods.

With the support of the Hong Kong Comics & Animation Federation, ‘#ddSpecial – Hop-on Hop-off’ will be sprucing up two trams and the tram stops on Paterson Street and Foo Ming Street with a comics theme. In January, you will find fun installations at the Ani-com tram stops, and there you will be able to board the Ani-com trams which will be mobile galleries of comics figurines and local pop culture.

The Ani-com trams will take us to Causeway Bay’s Victoria Park, where ‘#ddMotion – Park Activation’ will take place. #ddMotion has initiated a cross-cultural collaboration between the United Kingdom and Hong Kong to set the park in motion. British designer Camille Walala, whose works absorbed the aesthetics of post-modern design pioneer Memphis Group, will create 13-metre-tall inflatable Walala Mansion with a rule-defying colour palette and robust geometric shapes. With colourful patterns and playful furniture scattered everywhere, it will turn the park into a visually striking Victorian mansion. The public space and surrounding cityscape will also be filled with a dynamic vibe. Local company Hattrick Creative is using Augmented Reality (AR) technology to add an interactive dimension to the work. With a simple scan of your smartphone, you will be able to find virtual wayfinding signs and even imaginative prompts along the park’s passages.

While you can see the trams and mansion on your own, you can also join one of our free  #ddCityMania  guided tours in January. Follow #ddHK’s pace and kick start your comics and pop culture explorations in Causeway Bay!