Many creative people and craftsman would find Sham Shui Po a fascinating place. It is their go-to for art, craft or digital materials — it’s not exaggerating to say it has everything. Most fashion designers would tread through the district to find a particular kind of fabric, zippers or buttons even when they were still learning to sew. What if they go there not to source for materials but to showcase their work inspired by the place itself?

“Yen Chow Street is famous for selling knitted fabric, Tai Nan Street has trims and even Ap Liu Street has some fabrics to offer,” Yeung Chin knew exactly where to go in Sham Shui Po to get what he wanted. He mapped out his twenty-year experience of exploring the neighbourhood and embodied it in painstakingly hand-woven pieces. The whole experience recalled a pop-up street fashion show he set up in 2009. “It was London Fashion Week and I really wanted to do a showcase. I found out the venue of Vivienne Westwood’s show and put together a surprise show of my work at her door. The audience and press saw my designs before entering the venue. Even Westwood herself came out to see!”

Angus had his eyes on the unsung in Sham Shui Po. Myriads of human stories fed into his edgy style. He gathered forgotten fabrics that were regarded as outdated and were waiting for a second life. Luckily enough, with Angus’s upcycling and zero-waste approaches, they came to the spotlight again. To compete for attention on the kaleidoscopic street, he used sharp and bright colours and metallic materials. “They are especially eye-catching when it turns dark. They also express the sci-fi and futuristic aesthetic at the core of my brand.”

Derek was inspired by how people and things of very different nature co-existed in Sham Shui Po. Such diversity in harmony gives the district a distinctive character. It is also what he has been trying to achieve in his design — fusing gender-specific fashion features together. Derek added a feminine touch to the cutting of menswear. He observed that a street runway attracted a lot of random street audience whose reactions were very different from the usual seated audience. The ambience was casual, dynamic and energised by the people on the street. “It is good to have more projects like this for us to showcase our creativity outside the commercial realm.” 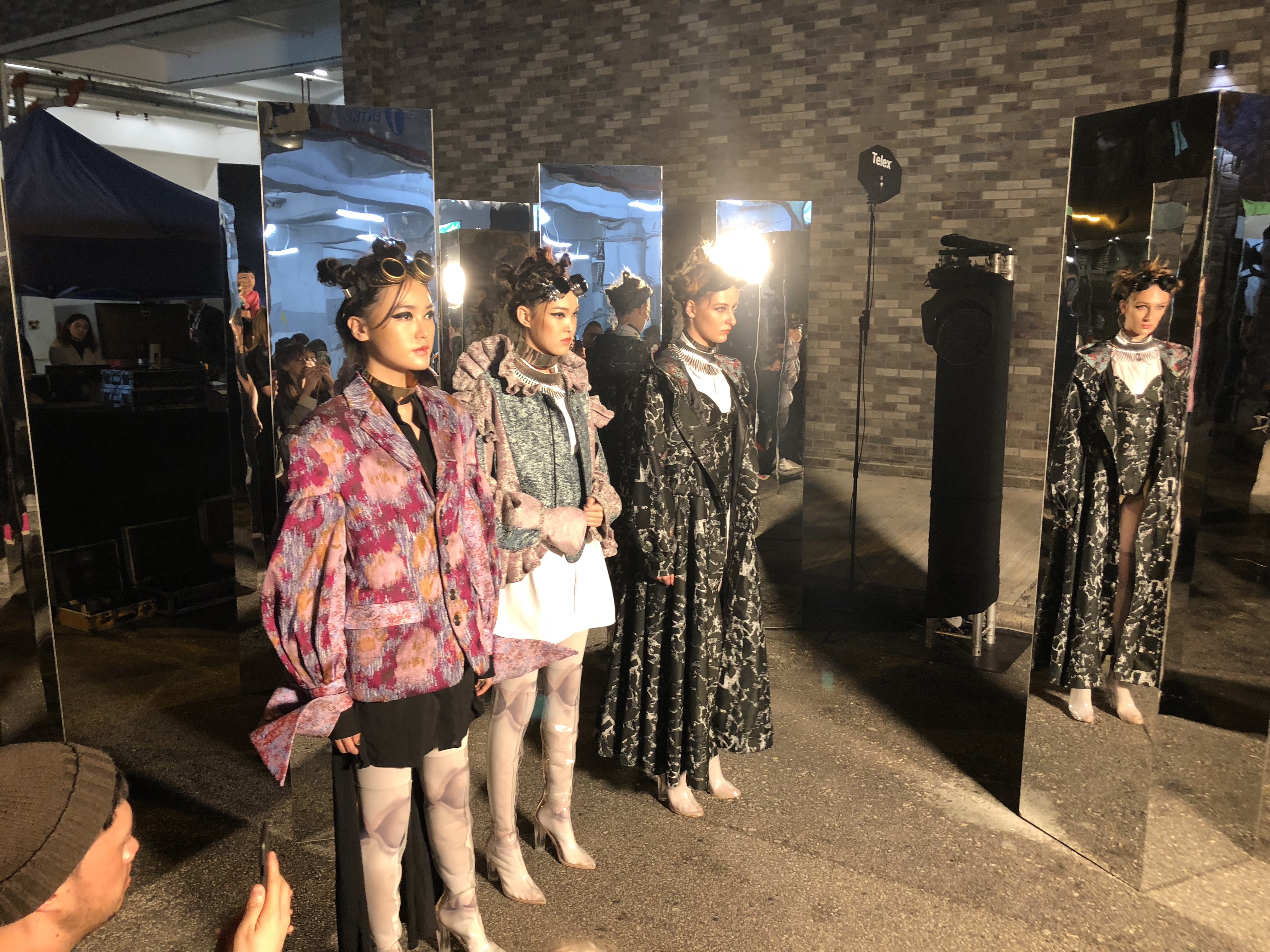 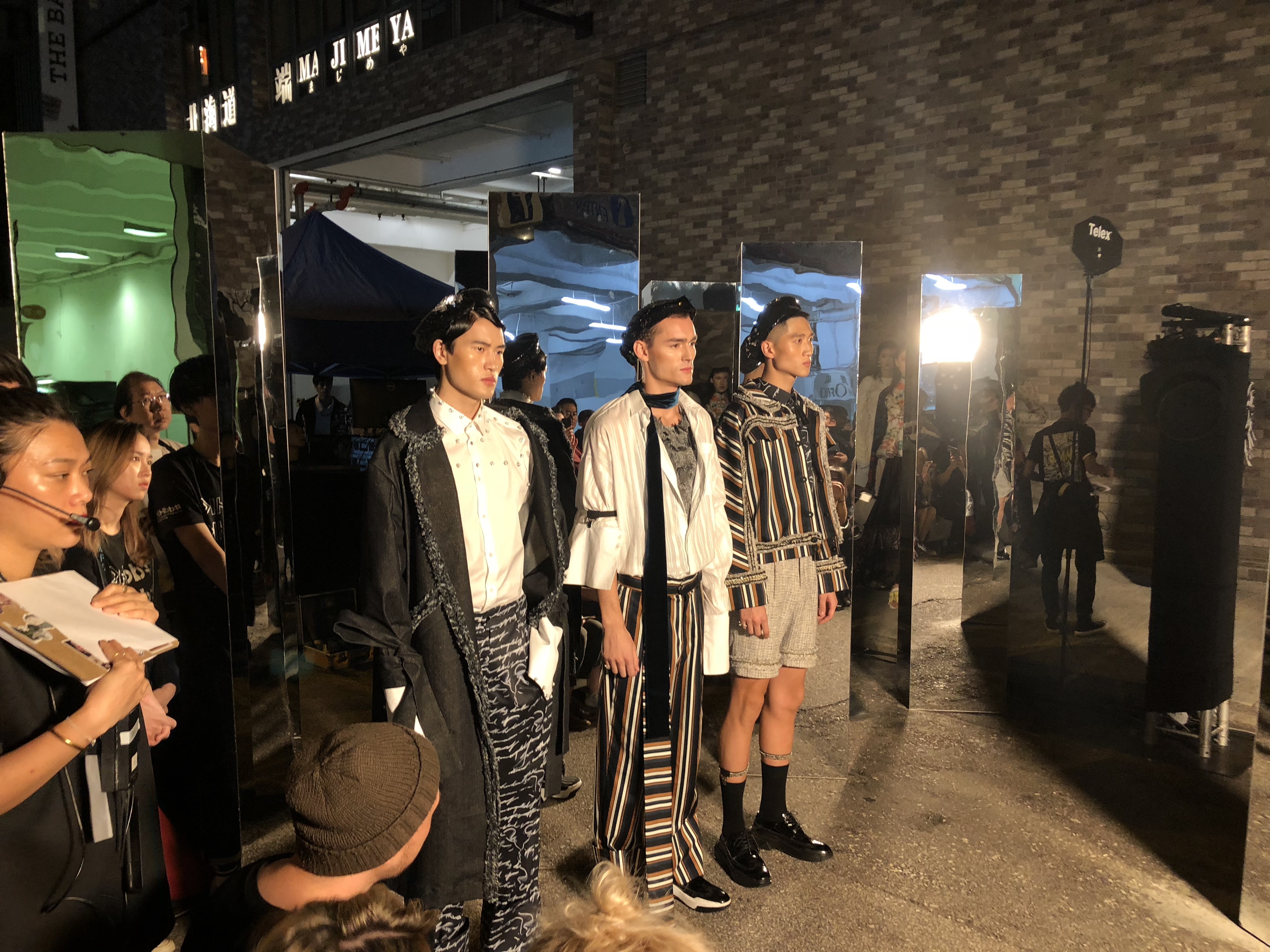 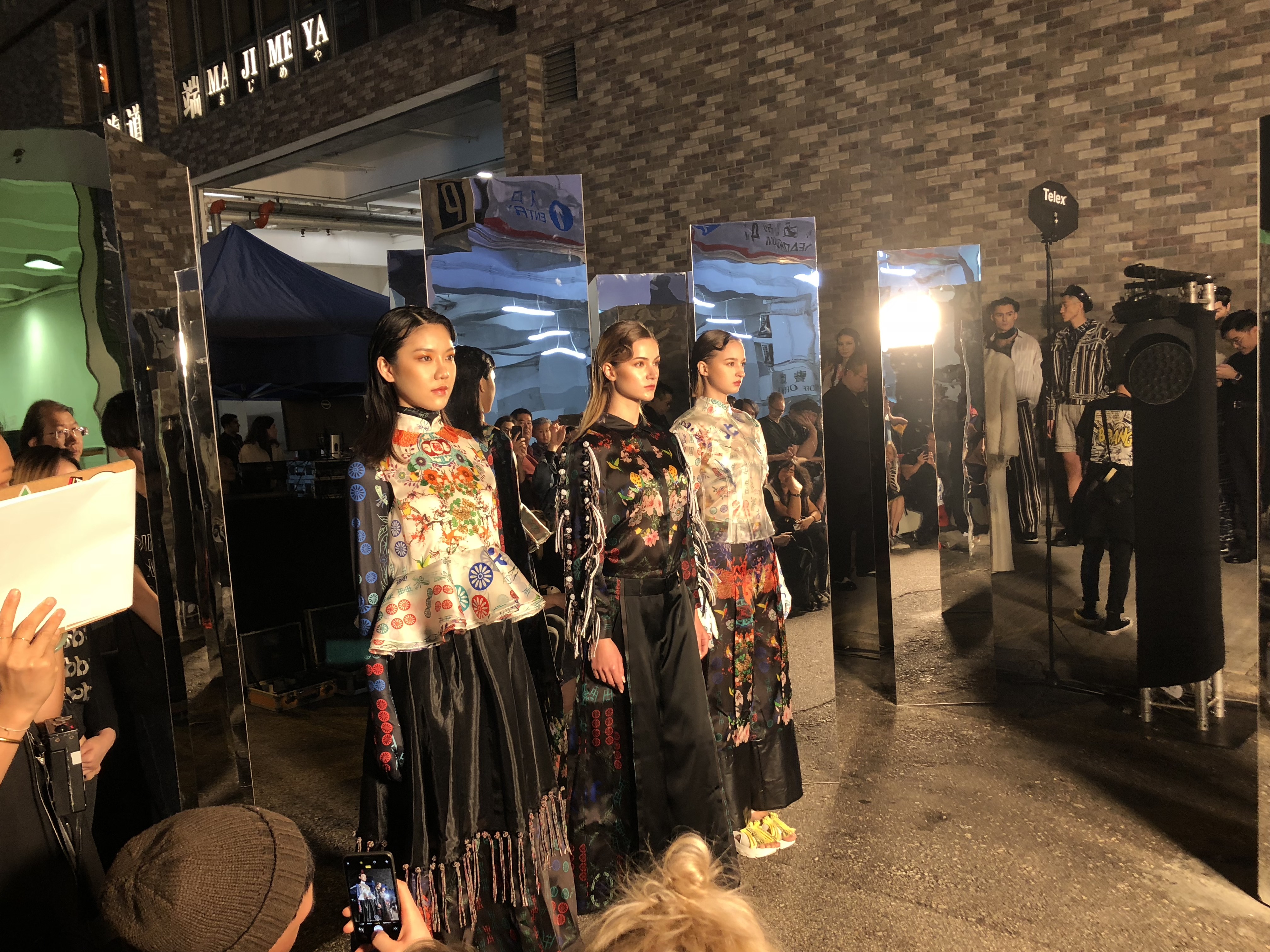 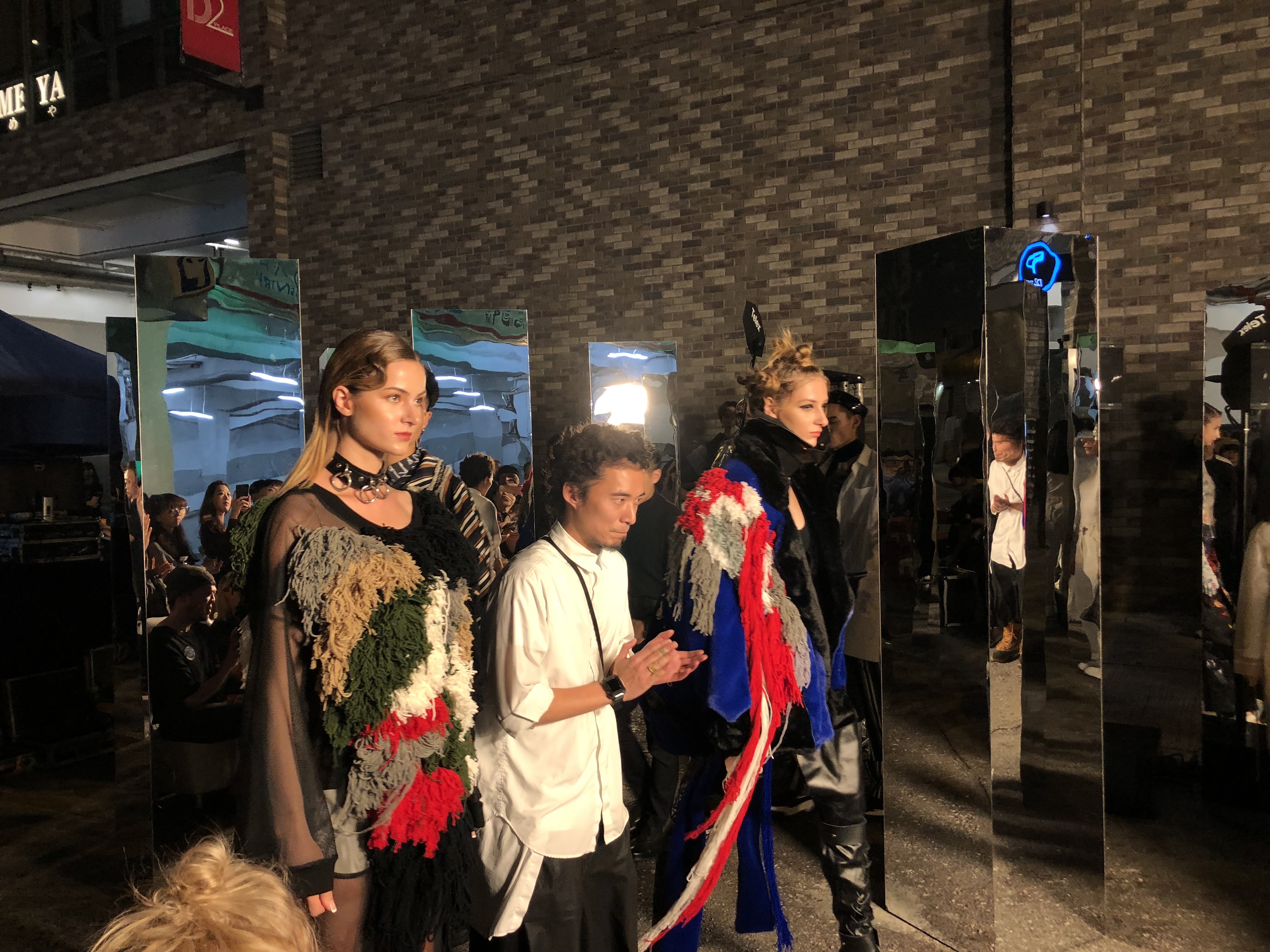