DX Tour: Taking in the Best of Tokyo Design

Whether it is architecture, fashion, product or graphic design, one can easily name at least a few great Japanese designers who enjoy international recognition. From the ultimate respect for nature to hyper-urbanisation, Japanese design has won over design professionals and aficionados alike with its aesthetics, philosophies and technologies. This forerunner in the Asian design scene demonstrates a hybrid nature of tradition and modern, nature and manmade, which epitomises the essence of the design in Asia.

Last month, 12 emerging Hong Kong designers joined the Design Exchange (DX) Tour organised by the Hong Kong Design Centre. The 4-day trip to Tokyo (from 30 October to 2 November) was a rare chance for the delegates to expand their global vision. It prompted them to reflect on their positioning in the wider regional scene while cultivating their international aspirations. Like their peers who joined two prior DX Tours to Bangkok and Melbourne, they visited renowned design practices and breathed in the spirit of Japanese design.

“It’s an in-depth and inspiring trip. We met with designers from various disciplines who divulged their design philosophies to us,” said Woody Chau, Co-founder of multidisciplinary design studio NEVER-NEVER. It is hard not to envy their itinerary which was filled with activities such as visiting teamLab, GK Design Group, viewing fashion design master Yohji Yamamoto’s new SS19 collection and visiting the Daikanyama T-SITE with famed architect Mark Dytham. It presented a good mix of practices and showed how Japanese designers advance the use of digital technology in design while preserving the arts and design heritage handed down for generations. Mandy Tsang from motion design studio eMotionLAB was captivated by how Japan merges the two visions, “While the world is heading towards the smart city goal, Japan is retaining its edge in the real economy, such as the lifestyle bookstore Daikanyama T-SITE. They don’t seem to shy away from this conflict.”

Japanese traditional culture is known for its reverence to nature. The delegates surprisingly found the modern translation of this traditional thinking during the visit to teamLab. While this red-hot multimedia creative group dazzled the world with its mesmerising visual and spatial effects, Woody discovered that they are much more than stunts. One of the works impressed him, “It projects floating petals on the wall of a room in which when people swarm, the flowers gradually disappear. This metaphor prompts us to think about the impact of humans on nature.” It is a great example of how Japanese designers, despite the intuition to focus on the future, uses design to create new connections with traditions.

While Japanese design excels in bridging the past and future, it doesn’t lose sight of the present — users’ needs and behaviour of the here and now. The participants uncovered this aspect when they were visiting the GK Design Group, a design conglomerate established in 1952. “It has extended its arm to a host of design disciplines, from urban infrastructures to homeware — even products for the elderly and the physically challenged. Their projects are very innovative and make a strong impact,” exclaimed Mandy. She was impressed by their scope of business, while Baldwin Pui from the leather handbag and accessories brands hoiming & Fungus Workshop thought their commitment to “user-friendliness that improves the quality of life” was most inspiring for young designers. The design legend not only has an eye for users but also values employees’ design aspirations. As Woody said, “I can’t help but become amazed by the fact that their projects are all initiated by staff whose goals weren’t solely commercial but also for social good.”

The exchange trip culminated with a design showcase at "Think Global, Think Hong Kong," a mega promotion campaign hosted by the Hong Kong Trade Development Council. The delegates were enthusiastically received by the Japanese audience. Baldwin presented his studio’s latest handmade leather collection “Thereupon” and “They liked our handbags a lot!” Among the packaging work of NEVER-NEVER Woody displayed, the handmade beer gift-set designed for the brand’s 3rd anniversary drew the most interest. Mandy was delighted to receive some heartwarming news when she returned to Hong Kong, “A Japanese consultancy likes our work and emailed to tell us that they will promote our company to its network. It’s a great surprise to meet with people who understand and appreciate our work in such a short trip.”

A trip like the DX Tour is exactly what designers who lead a busy life need to get recharged and refreshing perspectives. “While chasing the next level of technology, we need to preserve our traditions to be able to create things with authentic Hong Kong character,” said Mandy from her digital design point of view. Woody has even found a new direction, “The exchange broadened my horizon and gave me new ideas. I hope to initiate projects with social and cultural goals in the future.” While each of their discoveries was unique and personal, we can be sure that the miles they travelled in this fruitful trip are also the steps they tread forward on their design career journey. 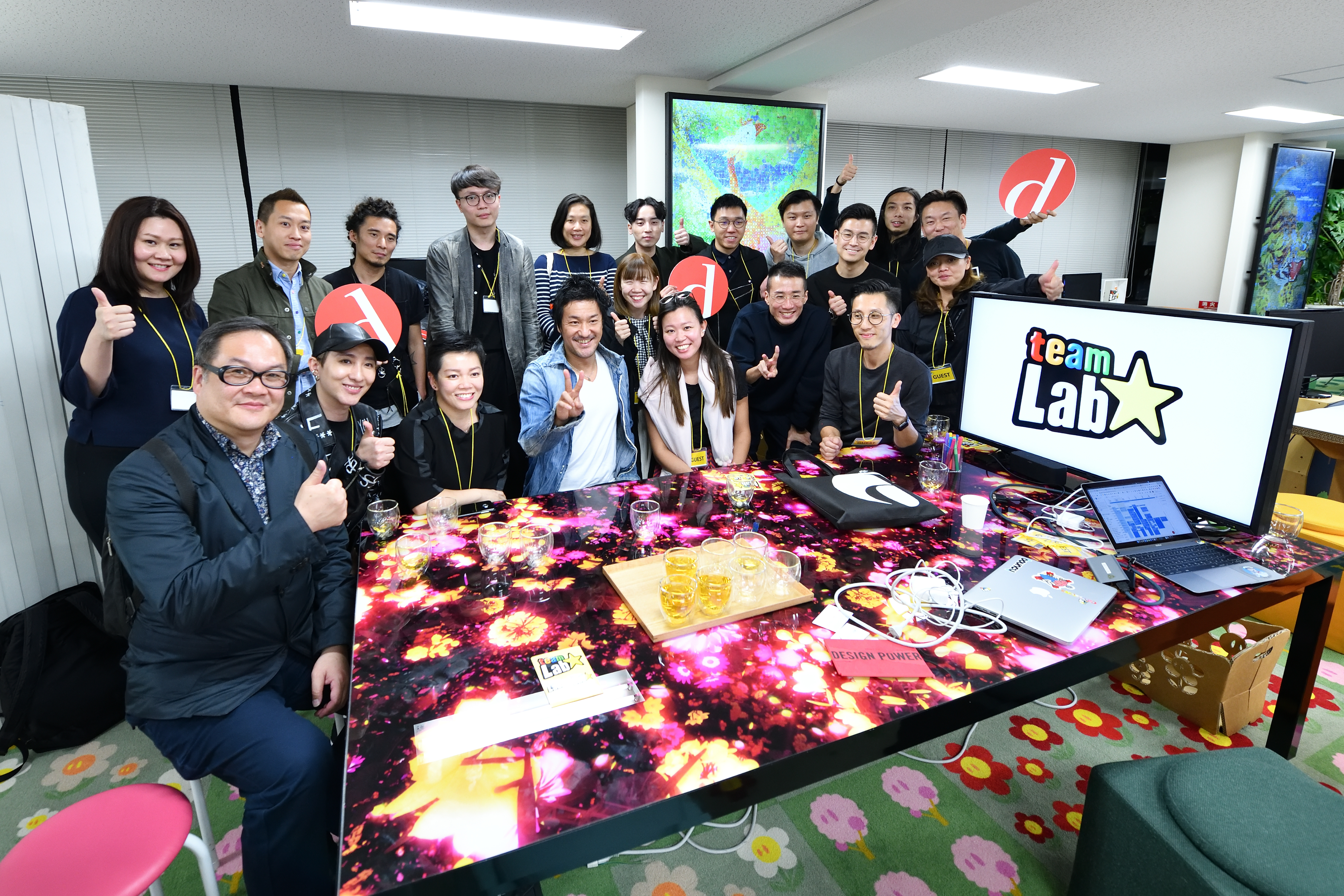 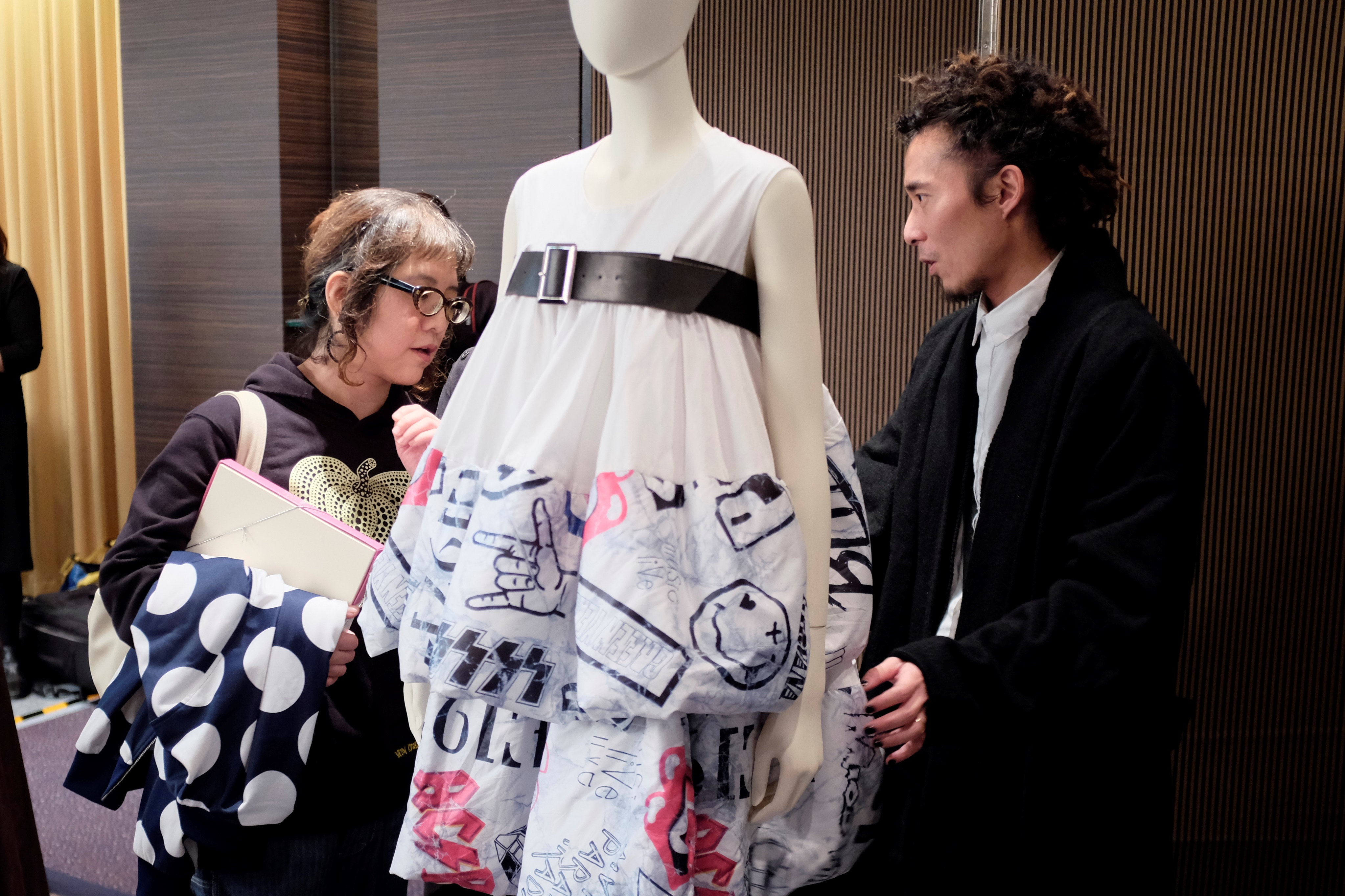