With a long international standing in the fashion and textiles business and proximity to material supplies and manufacturing bases in China, Hong Kong is a vital node of the global fashion network. In its many world-watching fashion events in busy September such as Smart Fashion Runway and CENTRESTAGE, FIP-supported designers stole the limelight as they made a strong impression on local fashionistas, regional industry counterparts and international buyers.

In the third edition of CENTRESTAGE, a regional fashion trade show organised by Hong Kong Trade Development Council in early September, we saw 5 FIP designers —112 mountainyam, Angus Tsui, DEMO., Loom Loop and Yeung Chin — take the centre stage with their all-new 2019 spring and summer collections. Mountain Yam, the mastermind behind 112 mountainyam, greeted the Asian fashion scene with a new range themed “Free Like a Bird.” He used motifs like feathers, birds and barb wire to play with the notions of limitation, freedom and dreams with a mix of techniques and materials.

Having taken part in the annual event since its inaugural edition, Mountain was impressed by the diversity of participating buyers and surprised to be reconnected with certain buyers to explore new projects. He also got a more solid grasp of the advantages of being a Hong Kong fashion designer, “While our designs are competitive at an international level, we are also backed by strong supply chains in China. Such handy access enables us to have better control of the execution and quality of our designs, making sure our customers’ expectations are met.”

Another much-anticipated fashion event also held in early September was the second edition of PMQ’s Smart Fashion Runway (SFR). There we found two FIP brands — DEMO. and Yeung Chin — among the 10 selected local fashion brands which had teamed up with 10 visual designers for unprecedented collaborations. Taking cues from the theme of “Canvas of the Night Sky”, DEMO.’s founder Derek Chan and his partners, coding artist Jacky Lau and creative media student Esther Man, created a serene and awe-inspiring fashion performance. The garment featured a long midnight blue cape adorned with myriads of crystal beads which sparkled and shined like stars for stage visual effect. The result was an enchanting and mesmerising visual experience which fully expresses nocturnal tranquillity.

Joining the FIP family just this June, Derek and Mountain are both in the early days of the two-year incubation programme. While they are getting a myriad of professional support and opportunities from FIP, they are also proactively breaking new ground in their fashion career. The progress they have made thus far is nothing less than impressive. In his SFR project, Derek broke out of his comfort zone of menswear design to formally experiment with womenswear for the first time. He has apparently made the best use of this non-commercial event to explore other facets of his talent. On the other hand, Mountain’s new collection showcased his ability to master a concept holistically with a bold blend of tailoring, techniques and materials. Their effort will undoubtedly become an important milestone in their careers. We are more than delighted to see all of them make headway in the industry and look forward to seeing their brands and careers burgeon along the FIP path. 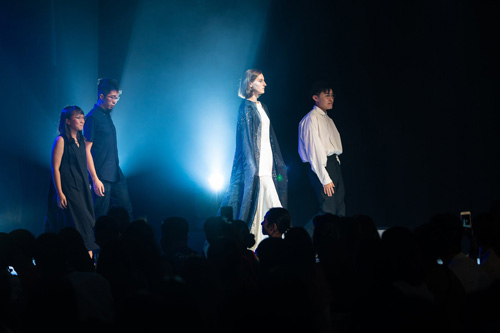 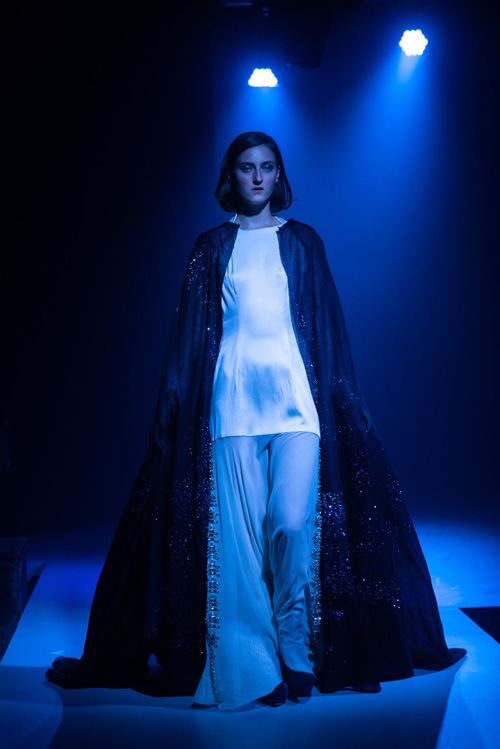 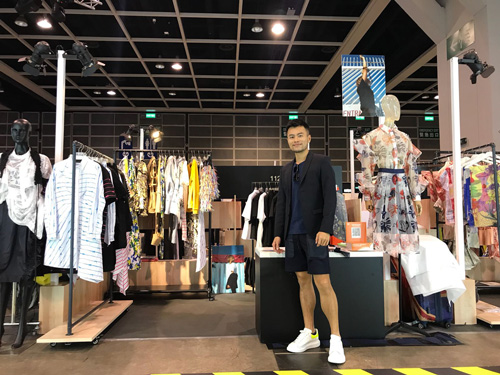 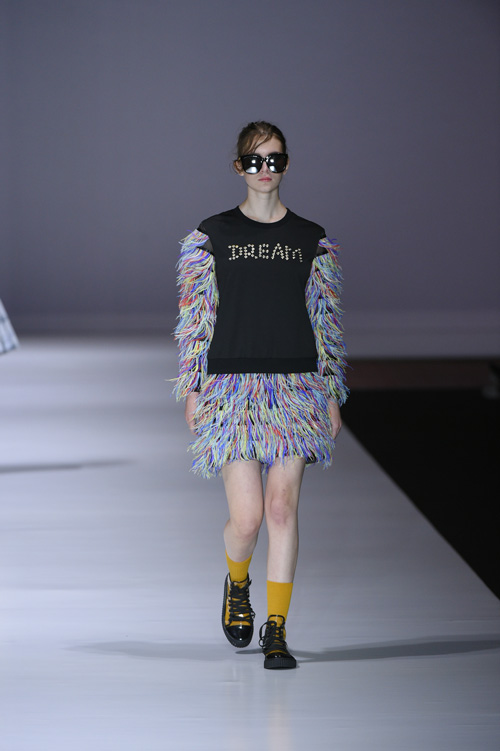 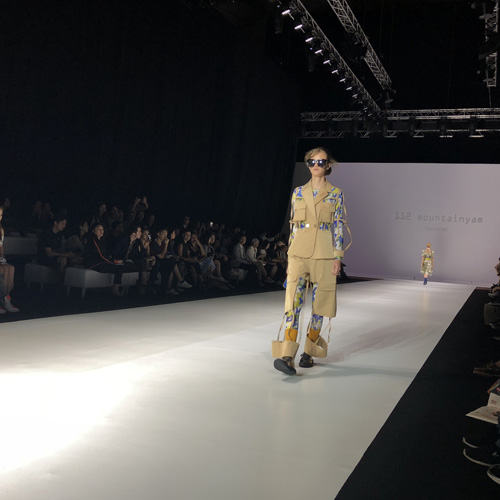